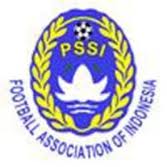 Indonesia National Football Team got 2 draws and a win in their last 3 friendly matches. They got draw against Vietnam two times and they have beaten East Timor. However their opponent is much stronger then Vietnam and East Timor this time and it will be hard match for them. Indonesian players are also playing local leagues as same as Jordan’s