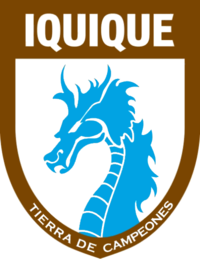 Deportes Iquique v Penarol football match will be in 13.02.2013 at Iquique, Chile for Copa Libertadores. Deportes Iquique started Copa America with qualify matches. They made two matches with Mexican team Leon and they got draw against Leon in two matches (1-1, 1-1). They managed to beat Leon in penalty kicks and they promote group stages. It will be their first experience in Copa Libertadores. They have played in Copa Sudamericana last year and they have lost against Uruguayan team Club Nacional. They have beaten Club Nacional in first match with 2-0 score but they have lost in away match with 0-4. Defender Ruben Taucare won’t play in this match cause he got a red card against Club Nacional in Deportes Iquique’s last international match. Deportes Iquique got 1 draw, 1 win and 1 lose in their league matches.

Penaraol is one of the strongest teams of Uruguay. They have lost just one match in Uruguayan Apertura’s first match and then they didn’t lose 14 match in a row. They have finished Apertura League in leader position. They got 6 wins, 1 draw and 1 lose in their away matches in the league. Penarol was in Copa Libertadores in last year too. They didn’t manage to win any matches in away. They got a draw against Venezuelan team Caracas FC (1-1) and they have lost against  Atletico Nacional (3-0), Universidad de Chile (2-1) and Godoy Cruz (1-0). CA Penarol’s away performance is not very good and they didn’t able to beat any Chilean team in an away match for a while.