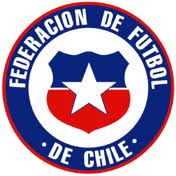 Chile v Egypt Friendly football match will be in 06.02.2013 at Madrid, Spain. The match will start at 21:00 with GMT. Chile National Football Team had two friendly matches in 2013 and they have won both matches. They have beat Senegal and Haiti. Head coach Jorge Sampaoli gave chance young ones in these matches but he took serious Egypt match and he called his ideal squad for this match. Captain Claudio Bravo, Arturo Vidal, Mauricio Isla, Humberto Suazo, Alexis Sánchez will be in Chile squad against Egypt. Matías Fernández, Mark Gonzalez, Manuel Iturra won’t be in squad for this match.. When I looked Jorge Sampaoli’s squad in Chile,  I could see that Chile will be very offensive in this match.

Match Prediction: Chile Wins, There will be more then 4 goals at match.