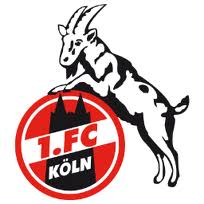 FC Koln v Paderborn 07 football match will be in 09.03.2013 at Koln for Germany Bundesliga II match.

Energie Cottbus v Koln football match will be in 09.02.2013 at Cottbus, Germany. The match will start at 12:00 with GMT. Energie Cottbus is standing 8th position in Bundesliga II standings. It’s not what’s Energie’s fan expected. They are still very good at home matches and they have also proven that in friendly matches too. They have won 6 matches, got 2 draws and 2 loses in home matches. They have lost their last home match against Hertha Berlin in 03.12.2012 (1-2) . Last week they got a draw against St. Pauli’s away. (0-0) Midfielder Daniel Adlung had a red card in a match against Aue and he is banned for 3 match. Energie Cottbus got 3 wins, 1 draw and 1 lose in their last 5 home matches.

1860 München v Kaiserslautern football match will be in 04.02.2013 at München, Germany. The match will start at 19:15 with GMT. 1860 München had good friendlies just before second half season. and They almost won every friendly matches in home against serious opponents. Like Dynamo Dresden, Dinamo Zagreb and Aalen. It seems they are ready for second half of season. Guillermo Juan Vallori won’t play against Kaiserslautern because he suspended last match.