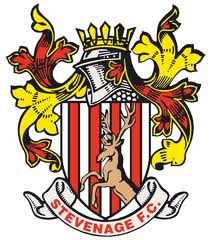 Brentford v Stevenage football match will be in 12.02.2013 at Brentford for England League One match.  The match will start at 19:45. Brentford got 8 wins 5 draws and 2 loses in home matches in England League One. Brentford also got 1 win, 3 draws and 1 loses  and they scored 9 goals and conceded 9 goals in their last 5 home matches . Brentford’s home performance has dropped last weeks and their opponent is quite strong in away matches. It will be a disadvantage for Brentford. If Harry Forrester gets a yellow card in this match he won’t able to play in next match of Brentford.

Stevenage got 8 wins, 2 draws and 4 loses in away matches in England League One and it’s really a good  performance in league one. Stevenage also got 2 wins, 1 draw and 2 lose  and they scored 6 goals and conceded 5 goals in their last 5 away matches. Stevanage just couldn’t score  4 matches in whole season and they used to score goals (or just a goal) almost every matches.Goalkeeper Steve Arnold had a red card at Stevenage’s last match and he won’t be in squad against Brentford.