Barcelona is unbeatable in Spanish La Liga at the moment.  They got only one draw in whole season. I think Atletico Madrid match will be the hardest match of season for them. They have many injured players in Barcelona squad. 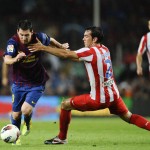 Barcelona got only 2 defeats this season. One of them was against Real Madrid in Spanish Super Cup and another one was against Celtic in Champions Cup. The defeat against Celtic has surprised everyone. Barcelona played well but they couldn’t pass Barcelona’s goalkeeper. 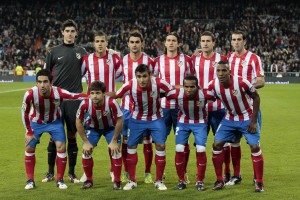 Atletico Madrid having excellent season at the moment. They just lost against Valencia and Real Madrid in away matches and they are standing 2nd place in La Liga. Falcao and Arda Turan are really playing well this season. I don’t think that Atletico Madrid will able to keep these players at the end of season. Atletico Madrid Bosses tends to sell valuable players.

Atletico Madrid squad will be ready for this match. There’s no injured or banned players for Barcelona match.

Match Prediction: If you want a surprise result you may try DRAW otherwise Barcelona wins. Both side scores goal. There will be more then 4 goals in the match. (At the elast 5)