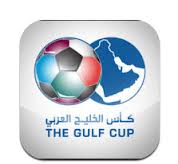 Bahrain will host UAE National Football Team for Gulf Cup in Bahrain at 08.01.2013. Bahrain dissapointed their supporters and they got a draw against Oman in Gulf Cup. Gulf Cup’s organizator is Bahrain this year and many people are expected much from them. The first match result against Oman was 0-0. Bahrain should try their best in this match, if they lose it won’t be promising for promote from group stages.

UAE got a good victory against Qatar in first match of Gulf Cup. Qatar is not very weak team but they played really well against Qatar but I don’t think that host team Bahrain will allow them to this match.