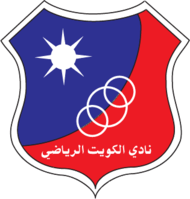 Al Kuwait Team are in 1st position in the Kuwait Premier League table with 49 points. They are currently dominating their domestic league and are 12 points in front of 2nd place team Al Qadsia. Al Kuwait has had good results in the AFC Cup, winning all of their 3 matches beating Al Riffa 0-2, Safa 3-1 and Regar-TadAZ 1-3 playing away. They will now play them at home and it will be easier for them.

Regar-TadAZ Football ordersomapill Team are in 2nd position of the Tajikistan Vysshaya Liga Table with 3 points. They only played 1 match so far this season in their domestic league. In their AFC Cup matches, they have been really poor, with 1 draw and 2 losses. Thier losses were against Al Riffa and Al Kuwait. This will be a tough match for them, as they are playing away and they only just recently lost to them in their home ground.

I predict Al Kuwait will win this match easily as they beat them 3-1 playing away. Expect a high scoreline in this match.