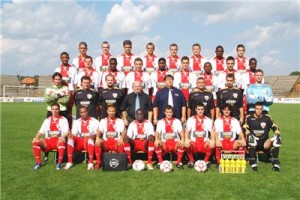 Diosgyor has average squad for Hungarian League, they always finish season at the middle of table. I believe they will keep their performance for this season too. They transferred Ákos Elek and András Gosztonyi from Videoton Fehervar and Slovakian goalkeeper Ladislav Rybánsky from Siofok. They didn’t renew contracts with a few players who had bad performance last year. Ákos Elek is very useful addtion to squad. He already capped 18 times for Hungarian National Team and he is just 24 years old yet. I believe he will get better incoming years.

Ujpest had very bad performance last season (they were close to relegation) and Belgian Manager Jos Daerden made many changes in the team. They didn’t renew conracts with several players and some players has been sent to second team of Ujpest. Players are just new in Ujpest and I believe their performance will get better soon. However they didn’t make a good start to Hungarian League. They just won 1 match and got 2 draws in 6 matches. They lost 2 matches in away and got a draw. It wasn’t an expected start from Ujpest. In their last match they got a draw against Debrecen in home. Actually they played very good against Debrecen. Debrecen is one of the strongest football club in Hungary at the moment. I believe their performance just started to raise with Debrecen match.

As I have told you Debrecen sold many players at the begining of season. They replaced these players with better ones. They transferred Zoltán Szélesi (defender right) from NEC Nijmegen, Spanish defender Chema Antón from Red Bull Salzburg and Naïm Aarab (defender) from AEL. They also transferred two good players from Belgium Leagues. Zoltán Szélesi is very good and experienced defender and I believe it was incredible transfer for Ujpest. He played in Energie Cottbus in Bundesliga, Strasbourg in France Ligue 1, Olympiakos Volou in Greek Premier Divison and NEC in Eredivisie. It will be very useful addition for Ujpest squad.